So I've got the Sigma 70-200mm f2.8 lens which I've had for over a year. I've often said I hated it and I've had lots of folk arguing about it on Flickr etc. Seems it has quite a following but I really dislike it.

Don't get me wrong, it's brilliant at certain settings but at the larger apertures it's total pump. I mean the reason that you buy a large aperture lens eg f2.8 or wider is because you want 2 things...

With this lens you get neither! That's correct and I'll show you why. 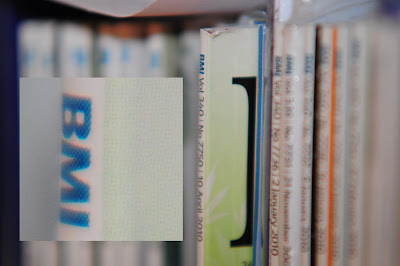 This first picture is taken at f2.8. That's means that the lens aperture is open as wide as possible. That allows lots of light into the sensor and so should allow you to take pictures in low light. However, you can see from the insert that even though this was focused accurately, the picture is soft and the text is blurry.

If you imagine that you were taking a picture of someone and were focusing on their eyes then no matter how still you were and how well you focused, you would never get a sharp picture. This picture was taken using a tripod and still it's not sharp. 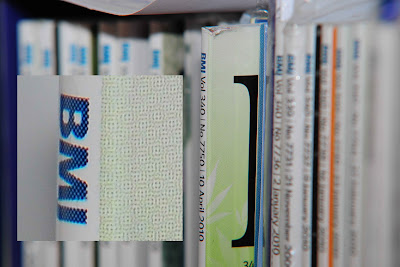 This shot is take at f8.0 and you can see immediately the difference. This picture is super sharp and a huge difference from the initial picture. The text is sharp (as far a the bleed from the ink allows!) and there is still a really usable depth of field.

This comes with a real issue and that is that f8.0, while sharp, doesn't let in all that much light. So if you were in a dark church shooting a wedding this aperture would not be wide enough - unless you have a flashgun like the AWESOME Nikon SB-900.

So you see there is a bit of a conflict of interests with this lens. The bokeh (background blur) at f2.8 is not very pleasing and the bit in focus is soft and not really usable. To rectify this you need to close down the aperture to about f8.0 and at that point low light becomes a problem. Don't get me wrong, this lens is brilliant from about f8.0 onwards but you really need lots of light to get the best from this lens.

Lenses that have large apertures are typically called "fast lenses" but in this case the Sigma 70-200mm f2.8 is definitely not a fast lens so I probably wouldn't recommend it.

Get something else.
Posted by Zain at 7:23 PM No comments: