A Trio of Pics

Ok, so there are tons of photo techniques and everyone has there likes and dislikes. Personally, I've had a thing for HDR for a while and now I'm keen to get the ND10 working a bit better. Actually, I think that the wide angle is the problem as it makes everything in the distance so small. Therefore clouds and distant hills etc seem tiny and this screws up the composition a bit.

Anyway, I thought you lot could decide what you like out of the three types of shots I would normally take. 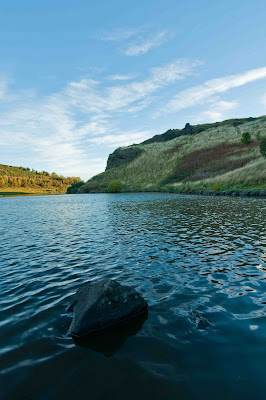 First up is the "normal" shot. This was taken on a tripod on aperture priority at f10 and the camera chose to shoot at 1/50th of a sec. It was set on Matix exposure and you can see that it's done a not bad job of exposing everything quite well. However, it was still quite early in the morning and the sky was much brighter than the foreground and the detail in the rock is lost and even with fill light (in Adobe Camera Raw) I've not really been able to save the shadows. This can be a major issue with photography as I'm sure you might have noticed - shadows become silhouettes and bright parts of the photo can become almost white so all detail is lost in the highlight. You can manually "lock" your exposure when taking the picture in most DSLRs now using a button that says "AE-L" somewhere on the camera. Once you've focused on the main subject of the picture you can then press and hold the AE-L button to lock the exposure on that object and the camera will expose that correctly. Other options include using "spot metering" or "centre weighted metering" modes which will be in your manual. They are a bit tricky to use and if you've ever read Ken Rockwell's blog you'll know that he's a big advocate of just shooting in Matrix mode and nothing else. I guess it's the exposure version of "auto" mode. 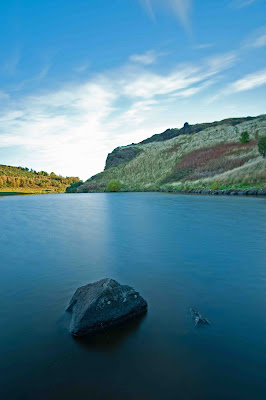 Next up is the ND10 filter. This is a bit of black glass that blocks out 99.9% of light and therefore even in strong light you can coax the camera into keeping it's shutter for a really long time. This shot was a 30 second exposure. Over that length of time the movement in the water smooths out and the clouds can end up looking like they are streaming across the sky (not really happening in this one as they were moving too slowly). The other advantage of this style is that people and other moving objects disappear as they are not in the same place for long enough to register their photons on the sensor. Would you believe that a swan cruised past the front of this shot without leaving a trace. Cool eh? The main advantage of this type of filter is that it allows you to take long exposures and that gives you the sort of effect that you would get at night. However, at night time there isn't enough white light around to give good colour and that's when the ND10 comes into it's own. I'm still after that "special" shot with this filter but I'll keep at it. 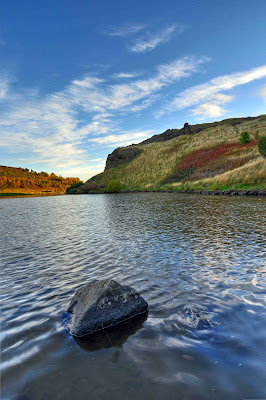 Finally, my favorite, the HDR shot. High dynamic range is a real love-hate thing. Many of the photographers out there hate it and think that it's a cheats way to turn a badly exposed and poorly composed picture into something that has a real "wow" factor. I'm more and more tending to agree that HDR can be a cheap fix however lately I've seen more and more examples of HDR being pushed to the limit. People have started to ignore the purists and have mastered all aspects of traditional photography and then HDR has allowed them to add something to the shot that makes it fly out of the screen/frame at you.

Regardless what you think, it still has some advantages. This shot (compared to the other) has more detail in the shadows and it has also make the picture a bit more eye catching. I agree that this can sometime be horrid but I think the skill of HDR it to make it subtle in a way that the haters end up going, "Hey, that's a great shot... wait a minute! That's HDR. How dare you."

To each their own, I suppose. Anyway, hope you like seeing the difference in these shots and perhaps trying several versions of the same scene will help you decide what style you like.
Posted by Zain at 7:46 PM No comments: